Heaven 17 tell Carole Linfield how they are 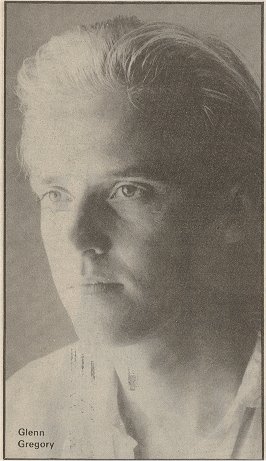 THINGS HAVE changed drastically since I last saw Heaven 17 some 18 months ago. Then on the verge of releasing their second album, 'The Luxury Gap' (and there had been one - it was over a year and a half since their debut 'Penthouse And Pavement' LP) Heaven 17 stood at a make or break point.

Fail, and they wouldn't have lived up to the enormous potential of 'Penthouse', the vinyl that culled such cult classics as '(We Don't Need This) Fascist Groove Thang' and 'At The Height Of The Fighting'.

Succeed, and they would have traded their fashionability and status for commerciality and (short lived) success.

And then they proceeded to wipe the floor with them. They produced the year's best single, 'Temptation', and duly stamped all over the flabby pop pap diluting the charts. Heaven 17 well and truly had the luxury of the last laugh.

So here we go again. Their position now reinforced by chart success, and by the style and wit with which they managed it, the three are more relaxed this time, and undoubtably more at home with themselves. Though they've never been short on self confidence, which has proved to be an essential quality, Heaven 17 have a new self-congratulatory (in the nicest sense) smirk on their faces.

But just what would they have done if 'The Luxury Gap' had been the flop so many gargled that it would be? Could Heaven 17 have suffered the slings and arrows and then defeat as well?

"We would have carried on regardless," says Martyn. "It would always have been a success in some degree, anyway - we liked it so we knew that."

"No, we simply added to our success rather than exchanging cult success for commerciality. The people who liked us in the first place still like us now, and we certainly haven't compromised our music in any way."

Not necessarily true in the eyes of the good of music press ...

"Who cares about that?"

Who indeed ... Heaven 17, stung by the press barbs before, now have built-in immunity. It's the dawn of their new single release, 'Sunset Now', a gloriously ripe song, rich with multilayered vocal and a strong melody, and their album 'How Men Are'. This time, nothing's going to spoil the fun. Heaven 17, sitting round a table in a cool office drinking tea, exude anticipatory confidence. The album has (again) taken a while to be released.

"It was going to be released in May, but there were a lot of big albums coming out around then, especially on Virgin," explains Martyn. "It would have meant we were coming out the same week as the League."

Not that that would have mattered much as it turned out, I venture ... Sly looks are exchanged around the table.

But you must feel that finally you've overtaken the League in terms of status and success?

Unable to drag them into a bitching session, I concentrate on those things Heaven 17 are doing to ensure there's that proof. First project to see the light of day is, perhaps obviously in these videoprone days, the promo for the single.

"It won't get shown on Top Of The Pops, " says Glenn, gravely.

"No, it hasn't got any people in it, let alone people playing instruments and lip synching. 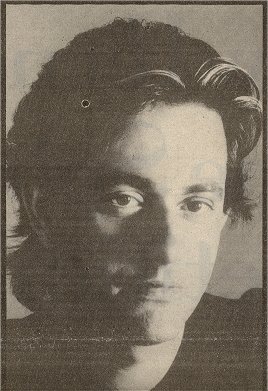 "The whole thing is made up of models of us, with weird images like cut-out horses galloping across the screen."

"And if people still take us seriously after that," sighs Martyn, "I don't know what we're going to do."

Po-faced-ness is something Heaven 17 have been unjustly branded with.

Ian: "Someone even accused us of being neo fascist! We said, 'Whaaaat?' and they gave us the example of 'Crushed By The Wheels Of Industry', telling people to work, but the lyrics are nothing to do with that ..."

Just watch the video for it on their vid EP 'Industrial Revolution' and that should scotch such ludicrous notions, I suggest.

"But how do you combat that sort of attitude? " adds Martyn.

OF COURSE, they already know the answer to that - by carrying on, regardless. And by coming up with innovative and interesting ideas that. they follow up into positive results.

The aforementioned 'Industrial Revolution' for instance, translates the idea of an assortment of videos linked throughout by a common theme. Instead of looking like a melee of images, the videos cohere with the music and the mood.

It has its faults ('We Live So Fast', has. a dull, executive-style trailer waste, Of-good potential in the lyric) but the fastidiousness and ambition paid off. And most of all, it had feeling and fun about it.

Perhaps these seriously minded types can't see further than the intense emotion that rides through a Heaven 17 song; the power

from Glenn's vocal combining with a unique strength of lyric.

"This album is even more emotional than the last," explains Glenn. "And less abstract."

How do you get that consistency?

"I think," muses Martyn, "It's because we discuss the lyrics and create them together. Lots of bands don't seem to think lyrics are that important, or they're still using cut-ups, or not very impressive imagery - yet it's so easy!

"We discuss every line, every verse, how many choruses we should have, and the lyrics are the very last thing we do."

How do you prevent it from sounding clinical, then?

"That's a good point ... I think because we've got such an intense pride in what we do."

Pride, and prejudice. Those who failed to listen to 'The Luxury Gap' more than once before judging it had better not make the same mistake twice with 'How Men Are'. Heaven 17 have an uncanny knack of infiltration.

"That's why we're confident of the album, and confident the press won't like it!' laughs Martyn.

"But you can't blame them ... it's really hard to sit and listen to a lot of new records, and you can't help having preconceptions. But luckily, we're not a new band - we've transcened all that by now."

Heaven 17, now in the big (pardon the phrase) league. 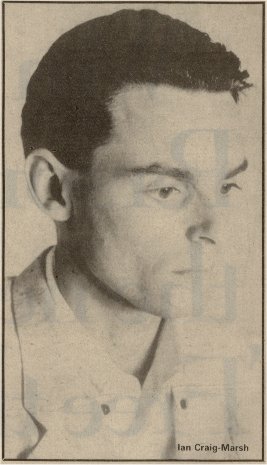 Yet they're still retaining a sense of reality, as they joke about Phil Oakey's £70,000 in the bank ("he should check his management if he's really only earned that much"); break dancing ("my wife had this dream that she was in a nightclub break dancing, and she thinking 'oh no! I'm break dancing! How embarrassing' but she couldn't stop! What a nightmare") and the fact that still people don't recognise them in the street.

"I think," says Glenn, "it's because we never went over the top, we weren't on every magazine, the Daily Mirror wasn't going on about us taking 14 grams of coke every morning."

"We've handled it all very well," says Martyn. "at the risk of sounding totally conceited! We were lucky that we weren't lumbered with the millstone of shortterm success around our necks."

The luxury of hindsight!

"Well, what are Frankie Goes To Hollywood going to do? They're going to come out with probably another couple of number one singles and that will be it. Finished. Quite frankly, they'll last until Paul Morley and Trevor Horn get fed up and move on to another project. It's happened so many times in the past. -

"It's much healthier to have growing sales and creative success. It's grown fairly consistently since we started. There've been no hiccups - and I don't foresee any."

PATIENCE, it seems, is its own reward. Helped by a close-knit team of people around them, by the fact that Heaven 17 control their own horizontal and vertical, and by their own total faith in their product, they've turned around some seemingly insurmountable problems (the instant surge of the League, leftover debts) into high rise success.

Their aides and confidantes ("they're people we trust totally - and there's not very many of those in the music business") put them under no pressure, either to carry through with any musical precedent that they've set, or to perform live - a bugbear of Heaven 17's that has confused many.

"The irony is that if anyone

is keen for us to play live it's because there's quite a lot of money in it with sponsorship. The fact we turn it down at least shows that it's not through pure laziness or greed.

"We're having a really good time at the moment, why should we change for the sake of it? We get paid enough . "

"Hang on a minute, Glenn, I'll get my cheque book .

Martyn, as you may imagine, is the quality controller of Heaven 17, the overseer and the foreman to a large extent. He's also B.E.F. all on his own, now, too.

Martyn himself is concentrating on production, not just Tina Turner but the likes of Billy MacKenzie too, "though I'm not doing any more for a while - it's a bit boring being in the studio all the time".

"I'm thinking of starting a drinking course. 'We get you from eight pints to 43 in one afternoon'."

You drink to forget then, Glenn?

"Yeah. Sometimes I even forget to drink ..."

As I leave Heaven 17 discussing the merits of taking acid before listening to the new album, I just merely suggest that there's a chance the album and single won't follow the chart success of their previous releases.

"We can't change now," says Martyn. "We have to have integrity. Nothing has ever been designed simply with that in mind anyway.

"But you've got to be concerned with it, because if you're seen to be releasing singles that don't do anything, people think you've failed."

The doubting Thomases, again, maybe will think that. But my money's behind the well-oiled, well-constituted Heaven 17.

The machine is running well and truly. Like ... clockwork.